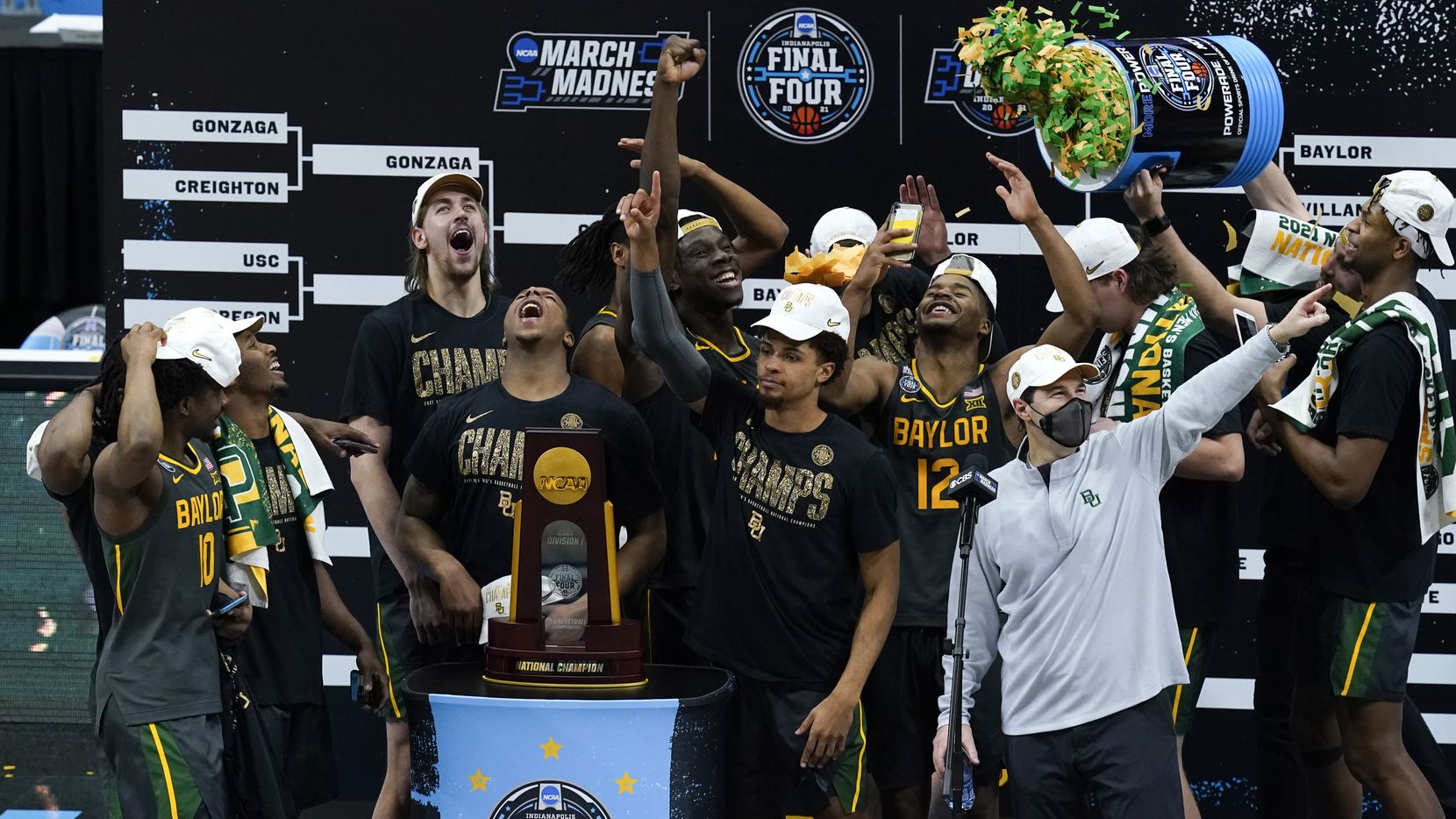 His 1976 Indiana Hoosiers are still the last team to finish a college basketball season with a perfect record.

Gonzaga came close, winning their first 31 games, but the Zags could not get over the finish line. Baylor destroyed their dreams of glory and perfection, defeating Gonzaga, 86-70, here last night in the NCAA championship game before a restricted crowd of 8,200 at Lucas Oil Stadium.

Gonzaga coach Mark Few did not have any answers for Baylor guards Jared Butler, MaCio Teague, Adam Flagler and Davion Mitchell, who all scored in double figures. They were just too quick for the Zags off the bounce when Gonzaga played man to man and were just too lethal from the three when the Zags attempt to counter with a zone it had not used all season. Butler scored 22 points with four threes and seven assists and was selected the Most Outstanding Player of the Final Four. Mitchell added 15 and 5 assists and Teague contributed 19.

The Bears shot 45 percent from beyond the arc and won every individual matchup with their pit bulls, especially Mitchell vs. Gonzaga’s All- America guard Corey Kispert, the Zags’ best three point shooter.

Gonzaga shot 51 percent but was never able to handle Baylor’s suffocating defensive pressure, committing 14 turnovers, and could not cope with the Bears’ offensive rebounding and second chance opportunities. Mark Vital grabbed eight offensive rebounds and the Bears finished with 16 and posted a 26-5 edge in second chance points. Their defense also held Gonzaga, which had been averaging 91.6 points, to a season low.

“Baylor dominated both ends of the ball pretty much all night,’’ Few admitted afterwards.

Going undefeated in a regular season is not easy. And to win a 68 team bracket, may be an impossible dream. The last team prior to the Zags to enter the championship game unbeaten was Larry Bird’s Indiana State in 1979. But they fell to Magic Johnson and Michigan State that year in Salt Lake City.

Baylor did not waste any time punching the Zags in the face by making its first five threes. It was 16-4, then 23-8 before Gonzaga could get off the canvas. At the time, Gonzaga’s star guard Jalen Suggs had been on the bench for five minutes after picking up his second foul just three minutes into the game.

Baylor was a 1 seed, but the 27-2 Bears had their own challenges this season when they came off Covid quarantine in mid-February. They almost lost to winless Big 12 rival Iowa State and got beat by Kansas at Allen and then by Oklahoma State in the semi-finals of the conference tournament.

Their trademark defense was drifting. “You can’t be good at defense and not practice it for three weeks, four weeks, five weeks,’’ Baylor coach Scott Drew said.

Drew worked his players hard to drive across the point. “Our players really brought into the fact our defense was slipping,’’ he said.

The Bears were able to refocus as the NCAA tournament started. They held their six opponents to an average of just 61.7 points per game, totally disrupting Houston and Villanova, two of the top seven most efficient offenses in the country.

As for Gonzaga, they may have been emotionally exhausted after that 93-90 overtime victory against UCLA in the national semis that ended when Suggs, who is expected to be a top 5 pick in the NBA draft, drained a 37-footer at the buzzer. They were on the court for the opening tip against the Bears less than 48 hours to recover and, even though Suggs finished with 22 points, the Zags did not have the legs to win a foot race with Baylor.

America finally saw the matchup they had been waiting for during this pandemic season. The best two teams were supposed to play here in a CBS special back on Dec. 5, but the game was cancelled after two Gonzaga players came down with Covid.

The second-ranked Bears spent most of the season living in the shadow of Gonzaga, the overwhelming choice for No. 1 in the AP poll. But they looked good when the spotlight was brightest.

The Zags cut a 20 point Baylor lead to 62-51 in the second half, but the Bears always had an answer. Butler got into the lane and then found Vital for a layup, then on the next possession fired a crosscourt pass to Flagler, who knocked down an open three- point jumper to jump start the route.

Kispert tried to be philosophical about his team’s bitter sweet ending. “There can be a lot of good that comes out of a bad situation,’’ Kispert said. “Joy doesn’t come without a little suffering.’’